Where are Birkenstocks Made? 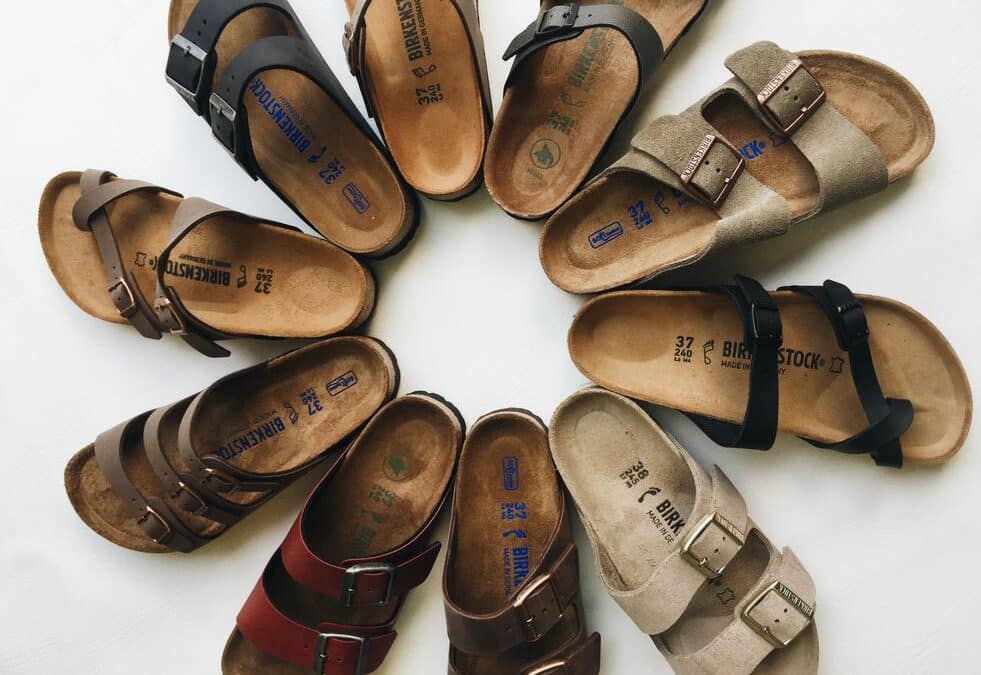 When it comes to the current Birkenstock products, it’s still crucial to recognize where they all started. As the Birkenstock brand has grown across the globe, many other companies have attempted to replicate the style, but nothing can compare to the original. The question is, where are Birkenstocks created, and where can you get the originals?

The History of Birkenstocks

Johann Adam Birkenstock’s unwavering dedication to his trade as a shoemaker started everything. His great-great-grandson, Konrad Birkenstock, continued this passion for the craft. In 1896, he had a brilliant idea to produce and market flexible footbed inserts. Soon after, he came up with the idea for the footbed. As a result of the invention of the footbed, Birkenstocks were distributed across Europe by 1925.

An accurate cast of the foot ensures that your feet are as comfortable as possible for long periods of time. This invention greatly influenced the company’s future and the popularity of our shoes. With the help of our vast knowledge, we continue to design shoes that encourage health and well-being.

The German dressmaker Margot Fraser, who had moved to the United States and worked as a fashion designer, wanted to return to Germany in 1966 to attend a spa in Bavaria to treat a foot condition caused by wearing shoes that were too tight. Birkenstocks were launched in the United States thanks to Margot Fraser’s relief from her foot ailment and excitement for the Birkenstock sandals. However, there were certain obstacles in the path of their ultimate adoption by American purchasers. Margot Fraser went to health food shops near the granola aisle to find a place to buy the sandals.

Rubber sandals are constructed out of an EVA, or ethylene-vinyl acetate, substitute for the original cork Birkenstock sandals were introduced in 2015.

When it comes to the realm of high fashion, Birkenstocks have featured several times. One of Céline’s best-known designs was designed by Phoebe Philo. The “Furkenstock” sandal is made from Birkenstock’s Arizona and has a mink-covered footbed.

Birkenstock shoes are available in more than 90 countries throughout the globe, thanks to the company’s global headquarters, manufacturing, and shipping facilities in Germany. It’s been 50 years since Birkenstock was first sold in the United States, with a sales and service center in Novato, California. In North Carolina, it operates stores in Charlotte, Greensboro, and Winston-Salem. Birkenstock Orthopädie GmbH & Co. KG is a subsidiary that manages Birkenstock Distribution USA Inc.

Birkenstock Inc. in Germany is the source of the authentic Birkenstock sandal. Cork is used in the soles of Birkenstock sandals, which have leather straps. As a German-based company, Birkenstock has a sophisticated manufacturing facility in Görlitz, near the Polish border, capable of producing 30.000 pairs of sandals every day.

Unlike many other footwear brands, Birkenstocks are not produced in China. If you see that they are made in China, you may be certain they are fake. The name may be misspelled on a phony shoe, or it may not be included at all. Make sure all the words on the footbed are spelled correctly.

It’s fascinating to learn about the history of your shoes every day. It is the same thing as knowing how to care for your walking buddy. Contact NuShoe to learn more about it.